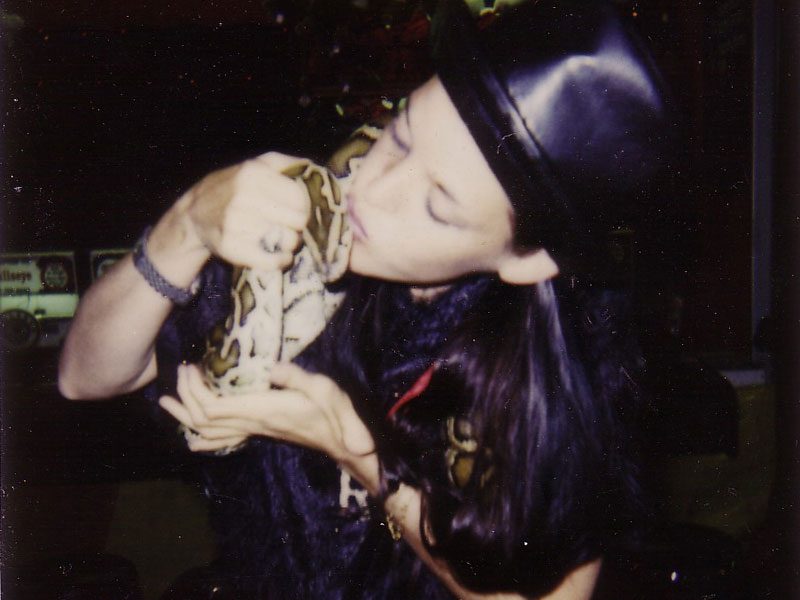 I was born in Seattle, Washington in an old Scandinavian hospital in 1963. I have lived  in New York City since the early 1980s. For the first several years I lived on the Lower East Side in falling-down buildings in blocks full of ruins. Those were scary and wonderful years, when everyone seemed to be making or doing something. People made little theaters in the ruined buildings, there was the old Knitting Factory on Houston Street, CBGBs, the Saint Marks Poetry Project, the Life Cafe, the Thalia movie theaters (SoHo and Uptown both) and all kinds of fun–if hardscrabble–joints to get into trouble in. In 1990 I moved uptown to Chelsea. I’ve worked in bookstores, movie theaters and publishing houses, and my own work includes books, articles, zines, photos, and drawings.

In the late 1990s I had lots of fun writing songs with Chris and Debbie for the Blondie records No Exit and The Curse of Blondie. That period in New York had some real enchantment over on the west side at night: there was the magical nightclub Jackie 60 on Washington Street, which was then an area completely desolate except for the slaughterhouses one had to pass on the way to the golden doors of Jackie. People would climb up onto the derelict elevated train tracks, and they were full of weeds and wild birds. There were plenty of cheap diners everywhere, and way out at the end of the F Train line was Coney Island in all its glorious, decrepit magic.

Between 1999 and 2009 I was  very glad to be the editor of Goodie Magazine. If you would like to see who was featured in Goodie, you’ll find a list on the Goodie Magazine page and if you like, you can buy back issues here, and you can also order copies of my subsequent interview zine, Housedeer.

I always find enchantment in this city, and I see things every day that I’ve never seen before, even in my own neighborhood–mostly things that have been there all along that I’ve missed. My house in Chelsea is a little piece of old New York with banging pipes and sometimes mice, across the street from a shoe repair shop. I love to take photographs of the city and I do that every day. On the Shop page you can find some of what I have for sale.