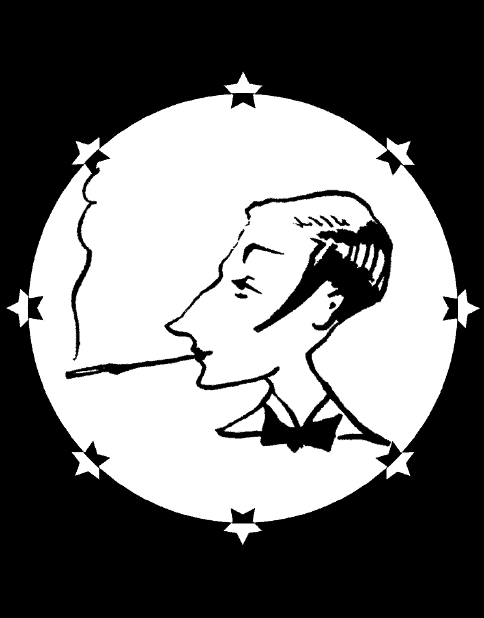 Carole Ramer is the only friend I have who was actually given to me as a gift. We both knew Vali Myers, and Vali told us both that she wanted to make a gift of each to the other, and eventually we finally met because of that.  Carole is one of the most exceptional and interesting people I know. She’s also a great hairdresser, and she still does hair out of her East 13th Street apartment, just a few doors away from where Abbie Hoffman once lived on the roof of the Felt Building. If anyone happening upon this page wants a good haircut–Carole’s the gal for you.

From my Dear Readers letter for her Goodie:

“Carole Ramer is an exceptional nonesuch, both ahead of and out of her time. If she were herself fifty years ago, Garbo and Dietrich would have stalked her. She would have done their hair. She personifies the fabulous, she’s got wit and style and a discerning eye, she smokes with a little cigarette holder, she knows how to dress, and she has a profile right off a hundred dollar goldpiece. Above all else, Carole is a most loyal friend. Once, after telling her some little secret and asking her not to repeat it, she said, “Honey, I went to prison for not telling.” And what she said is true. While still almost a kid, Carole was Abbie Hoffman’s assistant. She was busted with him in the big famous drug bust, and when he went underground, someone had to take the rap and it was Carole. Yet she holds no bitterness towards Abbie, quite the contrary in fact. He affected her life profoundly and opened to her a whole universe of experience, for which she remains full of gratitude. This is the first time she has told this particular story to be written in her words, although versions of it have been told by others. She lent us a book a few days ago which she hasn’t read, called For the Hell of It: The Life and Times of Abbie Hoffman. The author, Jonah Raskin, once asked to interview her and she told him she preferred not to be quoted, but would verify what he already knew. She said he seemed to know more even than she did, and brought back a lot of memories. The part including Carole and the famous drug bust is very brief in the book, and nothing can compare to Carole’s telling it herself the way she remembers it all. And so, although she apologetically told us, “I was wrong when I said the story had never been told before,” as far as Goodie is concerned, it hasn’t been told until Carole has told it. And this therefore is still, as Carole first said, ‘An Exclusive.’”

A while back I published on my Walkers in the City blog something wonderful that Carole wrote about Vali, and I also wrote about Vali myself in another post just for Carole.

(I also interviewed Carole for Clayton Patterson’s epic, three-volume JEWS: A PEOPLE’S HISTORY OF THE LOWER EAST SIDE, which appears in Volume Three.)

If you would like to order a copy of Carole’s Goodie, please use the paypal button on the Shop page of this site. Her Goodie is $3.00 plus $2.00 for postage in the United States. For orders outside the US, please send me an email.

Drawing of Carole by Ruben Toledo and the star & circle cover design is by Michele Burgevin.