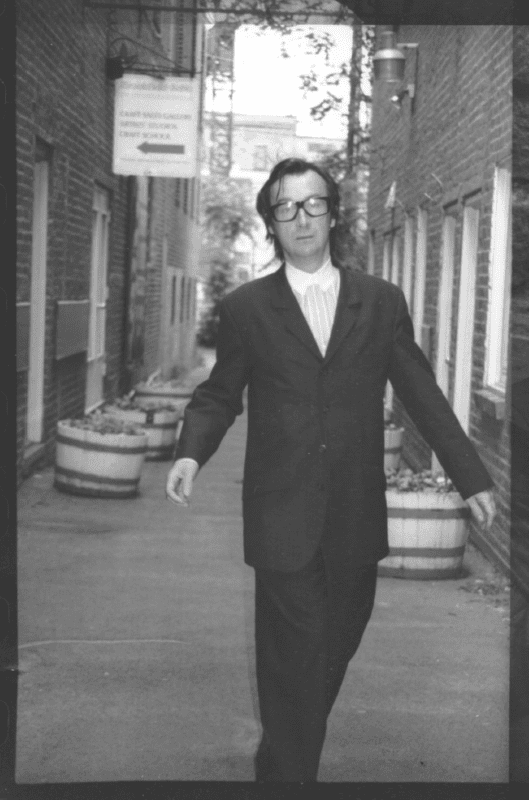 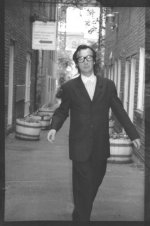 Liza Stelle first introduced me to Victor Bockris on Sixth Avenue one day in 1985.  We had all stopped to look at some tiny paintings spread out for sale on a blanket. They were little landscapes, and I think they cost ten dollars each. I no longer remember if the painter was a man or a woman, but I know that Liza and I each bought a little painting, and so did Victor. Victor often hired Liza to do museum-quality photo printing for him, which she did in her tiny apartment on Leroy Street in the Village. When she died in 1999, Liza’s sister Maggie reached out to friends, to invite them to come to her apartment and take things to remember her by. Victor came one day while I was there. He chose a mirror. He looked around her lovely place and he said, “Oh, no, this is very sad. I liked Liza.” His eyes filled with tears.  Liza’s apartment was on the fourth floor of her old building, and when Victor left with the mirror, I could hear him sniffling all the way down.  I think Victor’s Goodie took three interviews, all done at his place on Perry Street. He no longer lives in New York, but for a long time he was a beau of the ball.

My Dear Readers for Victor’s Goodie:

“We feel especially happy to have Victor Bockris as a Goodie because usually he’s the one sitting in the interviewer’s chair, making books with and about some of our greatest cultural icons. Victor loves to collaborate. In every single field people work together, he says, so why are writers so different? ‘Come on, you don’t do it on your own! There are always other people involved. I’m proud to work with other people,’ he says. We feel that way too. Goodies are all collaborative endeavors, and no one is more adept at this kind of work than Victor Bockris. But he’s a Goodie because he is himself a wonderful part of New York City. One day in an earlier winter, we happened upon Victor standing in front of his house on Perry Street next to the trash, wearing a suit and a big, black, Through the Looking Glass-style top hat. He looked wonderful standing there lost in dreamland against the bare wintry trees and old town houses, waiting for something impatiently. If he’d had a pocket watch he would have consulted it over and over. Later a letter came from Victor, typed on an old typer with real ink and texture, needlessly apologizing for being in that dreamland, and pointing out all the wonders of the Village in the snow. Victor is one of the few who will still send a real letter, from the Village to Chelsea, no less, and through the mail! That is something almost never done anymore. Victor is a true eccentric in the great tradition of those written about by the Sitwells, a creature almost entirely extinct in the United States. We need him. He’s a Dickensian rolling stone. He speaks passionately about everything, he writes notes to himself all over his hands, his voice would sound perfect coming out of the mouth of an erudite hare wearing long leather shoes, he looks marvelous and has so much to say! Our conversation here is but a fraction of the whole evening, but you know Goodie – we’ve a page limit to adhere to, in order to keep you hungry. We hope that, through the styles of both Victor Bockris and Goodie, you will feel that you are spending a nice evening with Victor at his house down in the Village, and be inspired. And if you haven’t already, go read Victor’s books. The long winter’s still upon us.”

Order Victor’s Goodie with the paypal button on the Shop page of this site. $5 includes postage within the US. From outside, please send me an email.

The photo of Victor Bockris above was taken by Shelley Corwin.