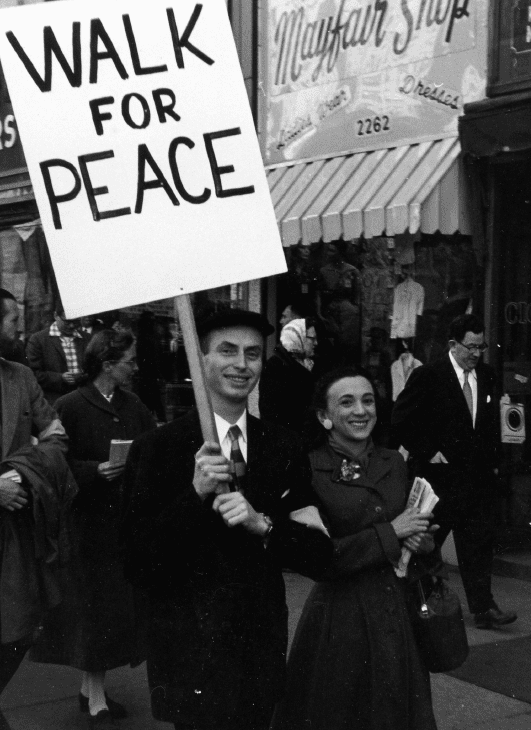 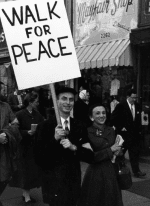 Judith Malina, pictured here with Julian Beck in  1958: “It doesn’t take a lot of money to make good theater. You can do it on the street. But it does take money to keep a company that can develop together. Julian and I called our theater ‘Living’ because we wanted to keep exploring. And God knows there’ll be enough to explore for the rest of anybody’s lifetime.”

From my Dear Readers letter for Judith’s Goodie:

“She’s played lots of wonderful characters in the movies and on TV too, many of which you’ll know: She was Grandma in the Addams Family, old Carmela Santangelo in Household Saints, and on The Sopranos she played Paulie Walnuts Gualtieri’s Aunt Dottie, as mean as she could be, who turned out to be his real ma. In life, Judith is the real ma of Garrick and Isha, her children with Julian Beck. She’s a grandmother, a great grandmother, a great actress, a pacifist, and an anarchist. She’s a poet, a living repository of history, an innovator, a freethinker, an inspiration, a jailbird and a pal. Her good sense is catching, so after spending time with her, we could walk the worried streets of the city, think of Judith and be flooded with her optimism. She’s an artist. She sparkles. She’s New York. As we prepared her Goodie for print, we heard that Hanon had suddenly taken ill, and then we learned that he had left us. Clayton Patterson expressed it perfectly when he said, ‘Hanon is a kind, compassionate spirit. It is up to us to keep the inspiration of Hanon, and The Living Theatre’s utopian vision, alight in our lives.’ It is our privilege to share with you the conversation we had with Judith Malina.”

Please order Judith’s Goodie by using the donate button on the Shop page of this web site. $5 includes postage in the US.